Change is scary but it can sometimes be for the best. I have to seriously contemplate some changes for my RL and decide what direction I want to move in. I know what I need to do but I'm scared to take that step. I'm not really sure what I am going to do but it's something I need to decide and fairly quickly.

I chose the brand new jewelry collection from Romazin to pair with this gown, also available at eBento. This set is unrigged and resizeable via a touch script. The fatpack set includes a HUD with 7 metals and 10 gemstone options.

I just MJN makeup so I am very honored to be able to blog this lipstick officially via eBento. This lipstick set includes appliers for Catwa, Genus, and Omega as well as BoM layers. There are a total of 8 shades included and it just stands out in its perfection.

La Perla has this gorgeous eyeliner collection, also available at eBento. This set works with Genus or Lelutka only and includes 5 options.

I'm using an older skin from Spicy Bodyshop but I paired it up with a brand new shape from B(u)y Me, also available at eBento. This shape is modifiable and although I didn't change the face in any way I did have to modify the body a tiny bit to fit the bento pose I chose. An eyebrow shaper is also included which is also modifiable. A style card is also included to achieve the exact look of the ad photo.

JAM Nails is back at eBento with these fabulous new bento mesh nails. These nails are rigged to fit Belleza, Legacy, Maitreya, and Slink only and include a HUD with 10 colors in 2 styles. The HUD allows you to change each nail individually to create a totally unique look. 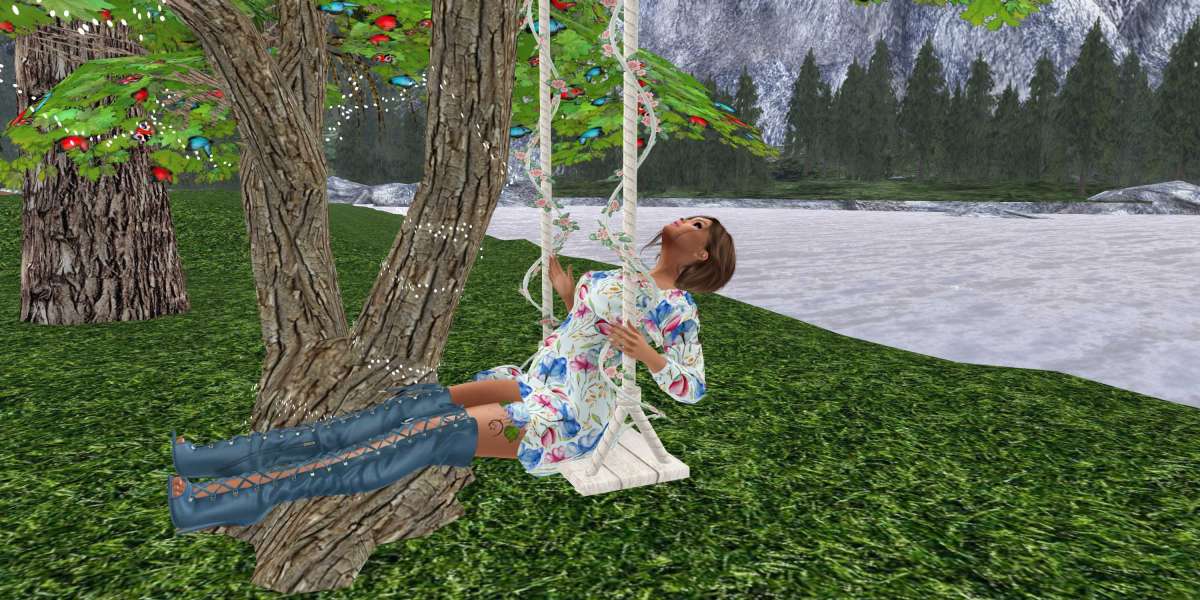 A Nice Day to Swing